To share your memory on the wall of Gregory Brown, sign in using one of the following options:

Todd was born to Alex and Donna Brown and is lovingly survived by his brother Terry and sister Tracey. Todd was born in Prince Albert but soon after moved to Saskatoo... Read More
Gregory “Todd” Brown
June 17th, 1962 – February 4th, 2021

Todd was born to Alex and Donna Brown and is lovingly survived by his brother Terry and sister Tracey. Todd was born in Prince Albert but soon after moved to Saskatoon, where he spent his childhood. At the age of 14, the family moved back to the farm near Birch Hills. This is where Todd found his passion for farming and raising cattle. Upon completing his Grade 12 at Birch Hills High School, Todd had a varied career, but he was most proud of achieving his Class 1A drivers license and being a professional driver. For the last several years he enjoyed driving for Checker and Family Taxi until his health declined. Todd enjoyed good times – several trips to Craven with his brother and various motorcycle trips with friends. Even when life got rough, he would still have a smile and say, “It’s a great day to be alive!”

Todd will be greatly missed by his family: his brother, Terry (Bonnie) Brown; children, Amanda & Wade. His sister Tracey; children, Brittany, great niece Lily, Dylan (Jenna) and Sam. His son, Karsten Markowski, as well as numerous relatives and friends he made along the way. Todd was pre-deceased by his parents, Alex Brown and Donna (Maurice) Sevigny.

Rest in Peace Todd and we will see you on the other side.

A private funeral service will be held at a later date. In lieu of flowers or tributes, donations may be made in memory of Todd to the Lake Park Cemetery Fund, Birch Hills, SK. S0J 0G0.

To send flowers to the family or plant a tree in memory of Gregory Todd "Todd" Brown, please visit our Heartfelt Sympathies Store.

There are no events scheduled. You can still show your support by sending flowers directly to the family, or planting a memorial tree in memory of Gregory Todd "Todd" Brown.
Visit the Heartfelt Sympathies Store

We encourage you to share your most beloved memories of Gregory here, so that the family and other loved ones can always see it. You can upload cherished photographs, or share your favorite stories, and can even comment on those shared by others. 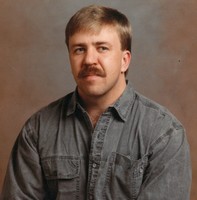