To share your memory on the wall of Jessie Korpess, sign in using one of the following options:

Jessie married Mike Korpess, originally from Malinow, western Ukraine, on September 21st, 1936.  They continued living in Honeymoon and were blessed with two daughters.  In 1945, they moved to a farm in the Clouston area where two more daughters & two sons were born to very happy parents.  Mike passed away in 1992 and Jessie continued living on the farm until 2001, when she moved to Sherman Towers in Prince Albert and remained there until her passing.  Many friendships were made, and Jessie thoroughly enjoyed her years there.  Her family and friends were very special to her.  Birthdays and special occasions were rarely forgotten.

Her love, kindness, and respect for everyone and everything is her legacy that inspires us all.  Jessie was a very curious person and was very interested in the lives of her family, as well as the world around her.  Her travels included trips to both Montreal and Vancouver Expos, seeing Queen Elizabeth in Winnipeg, enjoying Butchart Gardens, Niagara Falls, Banff, and she even ventured north to Yellowknife.

Jessie was predeceased by her parents Stefan & Teresa; her brothers Leo and Maxim; her sister Mary; her husband Mike; her son Roy & son-in-law Peter Sloboda.

To send flowers to the family or plant a tree in memory of Jessie Korpess, please visit our Heartfelt Sympathies Store.

There are no events scheduled. You can still show your support by sending flowers directly to the family, or planting a memorial tree in memory of Jessie Korpess.
Visit the Heartfelt Sympathies Store

We encourage you to share your most beloved memories of Jessie here, so that the family and other loved ones can always see it. You can upload cherished photographs, or share your favorite stories, and can even comment on those shared by others.

Posted Apr 29, 2021 at 02:30pm
To Jessie's children,grandchildren and greatgrandchildren.
We are sorry to hear of her passing.The memories that she had over her 107 years were special for her and I am sure special for the whole family.May she rest in peace.
Comment Share
Share via:
SM

Posted Apr 21, 2021 at 01:38am
My most sincere condolences in the loss of a very humble and gentle lady. I recall many happy visits I had with Jessie. She would light up a room as soon as she entered. She will be missed by many. Take comfort in knowing the respect and admiration many had for her. Thank you for sharing her with us. Prayers today and in the coming days. Hilliard and Sandra Mirasty
Comment Share
Share via: 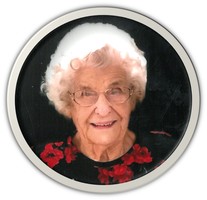